Craig Blundell has had an incredible career to date as a professional drummer. Currently touring and recording with Steven Wilson, here he is taking the time out of a hugely busy schedule to guest blog for Take Your Stage. Craig gives an honest and personal account of overcoming mental challenges in the professional music industry – a frank discussion about highs, lows, and seeking support. 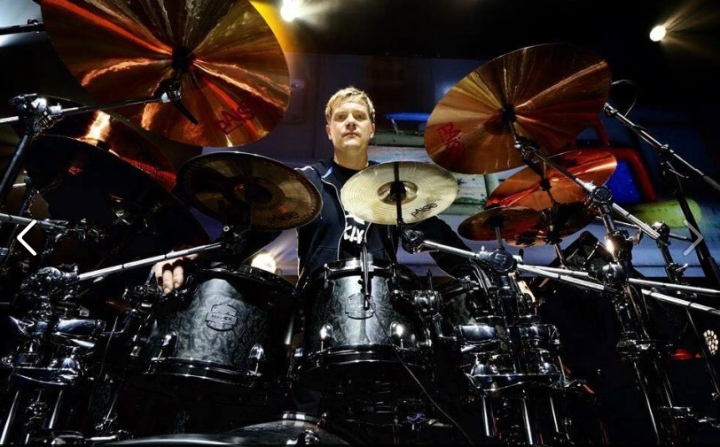 Firstly I must say that I’m no expert on mental health. I’ll go back to the beginning, where I felt the symptoms of something not being right.

I was asked to open a drum festival about 14 years ago, when I was just really trying to ‘make it’. I’d got there during the day and set up my gear (I was still in a day job at the time so there were no fancy greetings or tecs, just me in my battered old car). I remember watching my heroes sound check and getting a sinking feeling and pain in my chest.

I was nervous. Nervous to the point of feeling frozen to the core.

It was my turn to soundcheck and I couldn’t move my hands. I couldn’t do it. The feeling I had then is the feeling I had up until recently. As I was introduced on stage, I was still being sick in the toilets. I was in a total mess. In my head, my heroes were laughing at me and everyone in the audience had a clipboard with a score on that they were going to hold up. It was very lonely feeling being up there, everywhere I turned I felt like people were judging, laughing and wanting me to fail.

In all honesty, I had no faith in myself. I’d been given an opportunity and simply didn’t feel worthy. I was completely insecure about all my years of hard work. Instead of embracing the opportunity to shine, I went the opposite way and it nearly ruined me.

I’d turned ‘pro’ several times before in my career. But each time I simply couldn’t afford to keep the roof over my head, so went back to paying the bills with whatever job I could to support my family. From delivering fruit and veg, to cleaning, gardening, working at a golf club and working for a car company – whatever it took to get by.

Like most musicians, I’d had so many knocks along the way and by the mid 2000’s I was feeling at my lowest. My relationship had ended and I was living in a tiny place on my own – no-one would give me a chance behind a kit to give it a go. The truth was, I had such a low opinion of myself, I was shutting out all opportunities.

I’d get up in the morning and feel really sad or really happy, I didn’t know what it was going to be from day to day.

The slightest thing would change it and usually for the worse. I’d pretty much given up on music and thought everyday about selling my drums, the things that had been by my side since I was 3 years old. The phone never rang, I’d alienated myself from music circles, I shy’d away from social scenarios and I’d pretty much given up on trying to get work.

Before my father passed, I remember talking to him in hospital about everything. We didn’t always see eye to eye, the thought of telling my Dad I was feeling a bit ‘crap’, ‘down’ or whatever, never came into my head.

The thought of telling my Dad I was feeling depressed would have been met with ’shake yourself out of it!’ I can talk about it now, but at the time, I couldn’t tell anyone. I’d get laughed at, or at least that’s what I was feeling. He persuaded me that I’d not given everything a proper ‘go’ in his words, and he was right, I hadn’t, but I’d been knocked back so much I didn’t have the energy to try it all again.

I saw a pop audition in the stage in London. Turning up, there were hundreds of drummers there, but I got down to the last few, then the last two, then I’d got the gig. It was a fairly big one two. I’d given notice at work, only to find out that they’d changed their mind a week or so later and gone for a girl band. Which is cool, these things happen, but it sent me into a severe bout of negativity at the time.

I wasn’t interested in anything to do with drums, I was done.

I knew I needed help but was too afraid. I’d met up with a guy at a jam night a few years before and he gave me his card – he was a counsellor as well as a great bass player. I looked at his card for weeks and weeks until one day, I’d got home from work, I’d had a pretty shit day and I just broke down into tears.

I couldn’t afford to fix my car, so it was just over a 2 hour bike ride to get to his house. Little did I know that that 4 hour round trip would change things forever. I had and still do have a great circle of friends, but there’s that thing called ‘pride’ which I’m sure a lot of you have, that when someone sees you as indestructible or strong, you don’t want to shatter that illusion. I felt like talking to some of them would make me feel like a failure. How wrong I was! I opened up a bit to a couple of my friends about things and to this day I’m so thankful that I did. Just to have a reassuring voice at the end of the phone made such a difference.

Making that call is extremely difficult. I’d got myself into a hole, I was negative towards music and myself, I’d tried to get on the big stage and couldn’t handle the pressure and the fear of failing and secondly, I was to scared to try it again. I was lost, I was scared and very confused and that left me feeling pretty vulnerable.

Our sessions were incredible once the trust was made.

I talked about my fear of failure and my lack of self-confidence. We spoke about everything from how I perceive myself and how people perceive me, to the deep routed issues with nerves which came down to a lack of preparation and once again, fear of failing. I’d go to these drum events with zero self confidence, I’d look up and see all the eyes on me thinking that they want me to fail when realistically it was the polar opposite.

Drummers hate playing in front of other drummers – I still do, but my mindset is very different now to how it was. He got me into writing a pros and cons list most days, which really helped me see things a lot clearer. It may sound silly but when I saw things written down instead of jumbled up in my head, everything made much more sense.

It’s taken a long time for me to get my self confidence behind a kit. I’m on one of the best gigs in progressive rock right now, but I still suffer with self confidence issues. People may seem shocked by this, but every time I sit down to play, I still have to take a deep breath when I look up and see all the drum brand t-shirts in the crowd. I have to think they are here to be inspired, not here to ridicule me. It’s been a tough one but in that respect, I’m certainly getting better.

On the mindset side of things, I’m a completely different person to how I was 10 years or so ago. Yes the nerves are still there, in fact just thinking about nerves typing about them now or talking about them in masterclasses makes me a bit teary, but thankfully the crazy thoughts on giving up and wallowing in self pity have gone, thankfully down to sharing how I’m feeling with someone that can truly help.

Someone that can make you see differently to how you perceive yourself and someone that can set you challenges will help you find the answers. It’s helped with how I help other people now too. I like going that extra mile to answer an email if someone is struggling in the industry or no-one will give them a chance. I’ve been that guy and it ruined my self confidence to the max. If you’re feeling like crap – it’s OK, we all get it from time to time, I bottled it up for years which had to come out at some point.

I think there is an increasing pressure nowadays with the social media side of things. Most days I get sent a video of a 3 year old shredding the pants off some cover, or I see someone on YouTube putting someone else down in the most horrid way, which can be so damaging to the recipient on the end.

I think it’s the same across all industries; there’s still a huge lack of compassion and understanding. I’ve just witnessed it more in my field with my own experiences, especially in recent times when people have come to me for guidance. Everyone is expected to give 100% and has to silence the critics. The pressure to get work in any freelance profession is tough and it can take it’s toll on someone if you have an element of self doubting.

There’s a pressure to ‘keep up with the Joneses’, to be insanely good. The pressure can cause people to give up – I’ve seen it with my own eyes. I’ve had some of my private student come to me that are in a real state that they are not good enough. Not everyone likes talking about ‘nerves’ and insecurities’ in the industry, which frustrates me a LOT. I had it back in the day.

There’s a lot of pressure to perform, without an outlet talk about what it takes to actually get there.

I still think its very tough to stand in a crowd and say ‘I can’t cope’ – especially in today’s modern society. I had hit a point in my life where I thought I could never ever feel so alone and detached. It’s a benchmark for me now and something that very few people knew about. Looking back and re-evaluating is motivation in itself to look forward and embrace the future.

But, there ARE ways to talk about how you’re feeling. I’ve been there and it’s taken 10 years and come out and speak about it. We all have our little bits of insecurities – don’t let them manifest so long before they become a real problem.

If you’re feeling a bit off centre, talk to someone, it will be the best thing you’ve ever done.

Having an outlet to talk about it has been needed for a very long time. This website is a breath of fresh air, not just for sufferers but people who don’t understand the pressure anxiety or depression can bring. I think the more people read about it and actually understand that they aren’t alone, it can only be a good thing.

Thankyou Craig – it has been an absolute honour and pleasure. 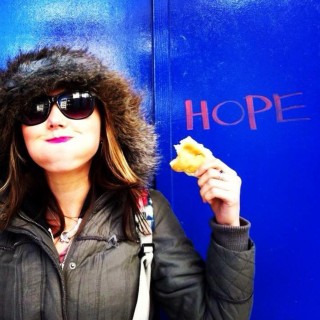 Music Student passionate about happiness and wellbeing, mental health and adventures of all kinds. Blogs at Take Your Stage; a personal blog which hopes to encourage an open conversation about mental health and the music industry.